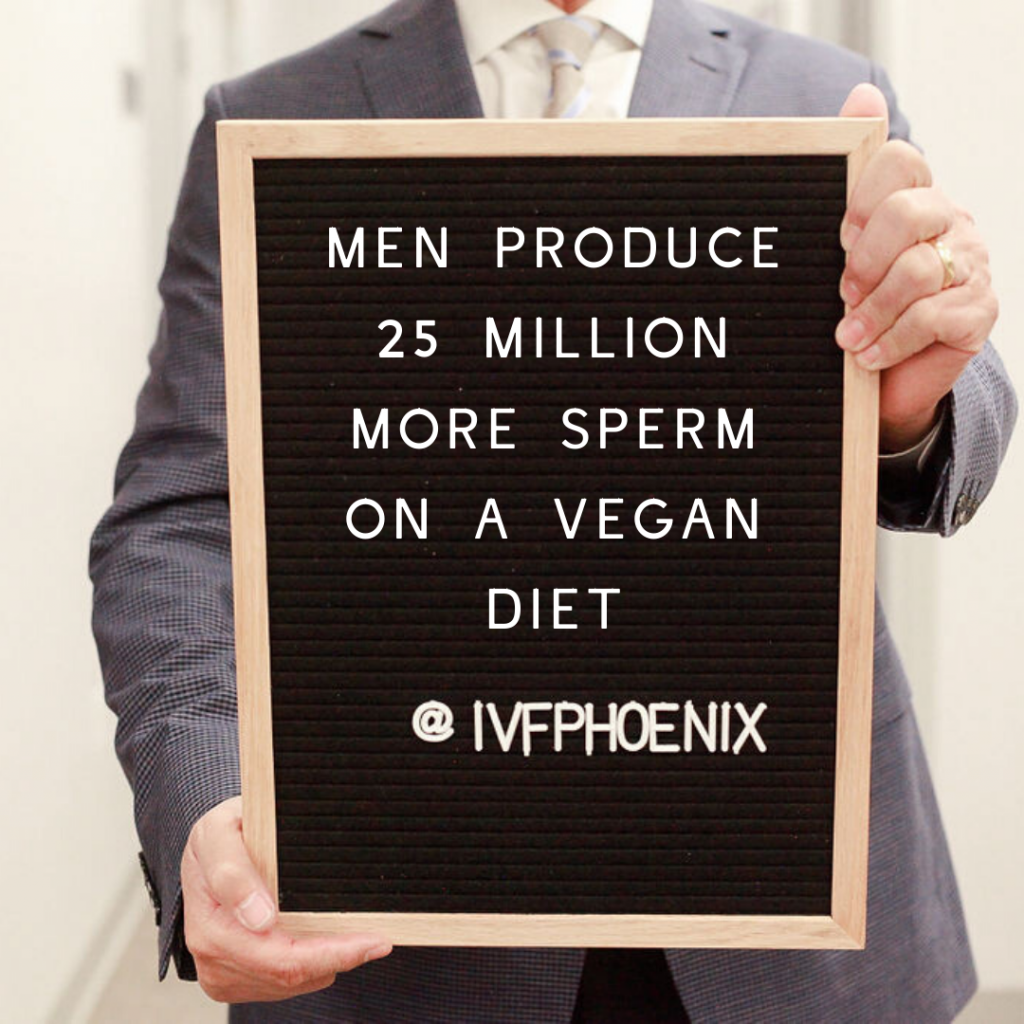 Eating big fat steak may not be so manly after all. The science is showing some compelling data to eat more veggies than animal protein.

A study of 250 men at a fertility clinic found that men who ate a healthy diet rich in fruits, vegetables (leafy greens in particular), and legumes produced more sperm with better mobility.

A recent study from Harvard University revealed that the standard “Western diet” can damage to sperm count. Researchers studied more than 3,000 Danish cis men ages 18 to 20 and found that those who followed a vegetarian diet had higher sperm counts than those who eat a lot of red meat and junk food like pizza, burgers, candy, and chips — 25.6 million more per ejaculate, to be exact.

Switching to a healthy vegan diet rich in fruit, vegetables, and whole grains while young could help prevent fertility issues later in life. Men on a Western diet had lower levels of the chemical inhibin-B, which may signal damage to sperm-producing Sertoli cells. This might mean that damage done by the Western diet is irreversible.

According to the University of Chicago average sperm counts have declined 59 percent over the past 38 years — and diet and lifestyle may have to do with it.
A 2017 study published in the journal Andrology found that red and processed meat like steak, bacon, and cold cuts lowers sperm count and mobility.

High-fat dairy products like whole milk, ice cream, and cheese were associated with lower sperm mobility and abnormal shape, according to a study published in Human Reproduction. Trans fats, found in beef, dairy, and fried foods were also found to have a negative impact.

Is declining sperm quality really a problem? You bet it is! Male factor is on the rise in staggering numbers leaving infertility not just a female issue. A recent study states that average sperm counts have dropped by 59 percent over the past 38 years. Did you read that? 3-8! With this drop in mind, it’s not surprising that the Centers for Disease Control and Prevention website states “in about 35 percent of couples with infertility, a male factor is identified along with a female factor.” Falling sperm counts, combined with the trend of having children at later ages, means that some couples will face difficulties with fertility.

Check Dates
Copyright ©2019. All Rights Reserved by IVFPhoenix.
Website Maintenance By Wowbix
Learn about Terms of Use or browse Press Room